“Bright Stuff” by Garry Davies in the KAC Main Gallery 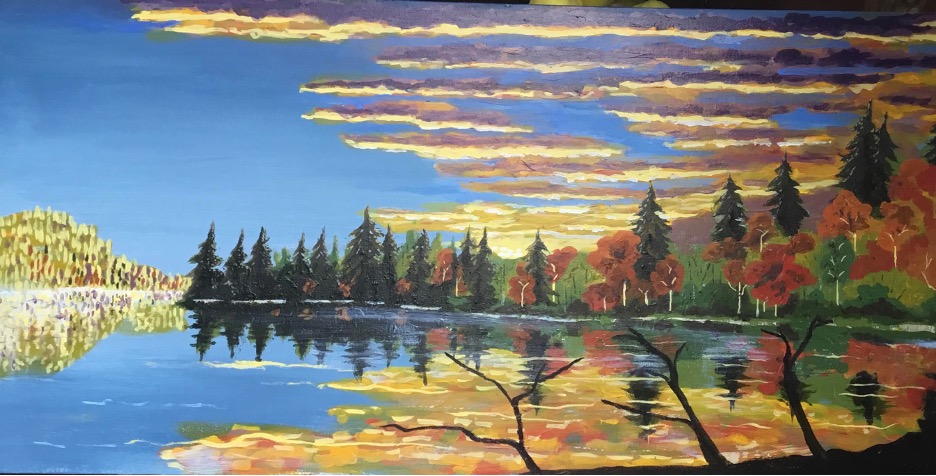 “Bright Stuff” by Garry Davies in the KAC Main Gallery

Garry Davies is a Canadian artist based in Kamloops, British Columbia, his solo exhibition presents a view into his longstanding exploration of his relationship to nature and seasonal changes. Davies has his work in collections in Canada and the UK. He is well known locally for his sculpture of the Overlanders located near city hall. In a new group of paintings, this artist/sculptor investigates nature through his large-scale colourful compositions. Davies incorporates autobiographical moments, which are intuitive, with spontaneous application and vigorous brush strokes often layered over areas of fine detail.

Compositionally, Davies ’work is influenced by the drama and symbolism of the Canadian Group of Seven painters. His process builds on the imagery of other artists of influence, including Harris and others. Through some of his experimental and adaptive painting processes, Davies seeks to form a connection between himself and the viewer. Davies creates conceptual and realistic landscape paintings where the process and the results are equally important. He often experiments with new devices and tools to create works, which represent natural images. Davies creates real, colourful and spectacular landscapes that communicate underlying narratives.

Garry’s show will be exhibited in the main gallery from August 26 to September 10th, 2022.

View his upcoming show in our online gallery here!